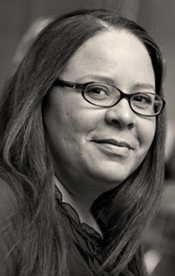 Zoë has broad experience in dispute resolution, including traditional civil litigation in state and federal courts, as well as private and alternative forums, such as arbitration and mediation.  As a seasoned litigator she has represented institutional and individual clients in disputes of all sizes involving numerous substantive issues and across several industries, from dispute-avoidance through trial and advanced appeals, when necessary.

Her litigation practice concentrates on comerical disputes, primarily in the area of employment and labor, including the defense and prosecution of discrimination claims, collective bargaining matters, restrictive covenants and work force mobility issues.

Like her father Tom, Zoë has a background in non-profit management, development and public contracting, which she applies to serve the legal needs of cultural, educational and charitable institutions.  Her practice regularly includes representing clients in social services, housing, museums, and faith-based charities and cultural institutions.  For 10 years she served as a Director and Chair of the Board of Directors of Lutheran Social Services of New York, Inc. and as Chair of several of its related entities’ boards.  Additionally, she continues to serve with a number of other advisory and governing bodies of private organizations and governmental offices, relating to human services, education and democratic participation.

Since 2012, Zoë has served as a volunteer arbitrator in the Small Claims Part of the Civil Court of the City of New York.  She has extensive training in alternative dispute resolution, including both as both an arbitrator and mediator.

Since 2006, Zoë has nine times been awarded the honorific designation of "Empire State Counsel" in recognition of her outstanding contributions in providing legal services to indigent New Yorkers.  In 2005, she was awarded the Black Law Students Association's Alumni Award at Brooklyn Law School.

Zoë holds a Bachelor of Arts in Government for the University of Virginia, where she was a Jerome Holland Scholar.