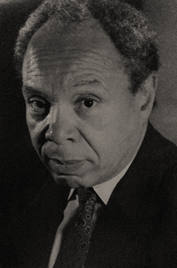 Tom is the third generation in a professional legal services tradition that has spanned over a century.  Tom graduated from Brooklyn Law School in 1971 where he was a member of the Law Review.  Before forming Jasper & Jasper, Tom spent five years working on a pro bono basis for non-profit organizations in the New York metropolitan area.

Prior to his career as an attorney, Tom spent several years in public service in various capacities.  After earning his Bachelor of Science in Psychology from Queens College, CUNY, he served in the United States Army and was honorably discharged as a First Lieutenant.  He began his civilian career as an examiner at the New York State Department of Labor.  Thereafter, Tom joined the New York City Police Department, where he was graduated first in his academy class, and earned additional honors.  Most of his Police Department career was spent as an undercover officer and then as a detective. When time permitted, Tom was enrolled in the Masters program at Baruch College, CUNY, majoring in Public Administration. Eventually, while continuing to work full-time  as a squad detective, Tom entered law school and, upon being graduated, left the NYPD and entered private legal practice.